Home > Mindset > Buried Treasure: How Pain Leads Us To Bury Our True Gifts

Buried Treasure: How Pain Leads Us To Bury Our True Gifts

I am a child psychiatrist, and my children are littered across Kansas. They come to me broken, betrayed by those who should care for them, but can’t, or won’t. They have studied survival in the devil’s workshop and have buried their soul to save it. They bite and scratch and hit and spit, defying me to connect, to understand, to join.

My colleagues and I put our arms around our children, see through their snarls and claws, and seek the reasons for their buried souls. Why have they concealed their most precious gifts? What dangers chased the beauty they were created to be into darkness?

Francesco* was three when his mother died, and he was placed with her brother, Uncle Jim. Totally unprepared to raise a child, Jim eventually resorted to locking Francesco in the old trailer he had out back of the house. When Francesco started school, his teachers reported Jim to social services, and Francesco was placed in his first of many foster homes. He usually lasted for two or three months, but when he started to get attached to the foster parents, he would get angry and throw tantrums that would last for hours.

By the time he came to our facility, he had been placed in fourteen different homes, admitted to psychiatric hospitals three times, and spent five months in a residential facility like ours, for children with severe emotional and behavioral problems. Two of the foster homes had been reported for abusing Francesco, and there was evidence that, in one home, his foster dad beat him with a belt and left bruises after Francesco spit in his face. Francesco knew no family, and none of his caseworkers had stayed with him for more than 6 months. He was only 8 and had already experienced more than a lifetime’s worth of trouble.

In my first meeting with him, Francesco said that no treatment had ever helped with his anger, and no medicine had controlled his rages. He notified me that he would learn to do what we wanted, just as he had everywhere else he had been. I got the feeling that his main objective was to be the one in control. Then I imagined what it would be like to be him. I told him that I was sure he had gotten good at surviving, and I was glad that he had. I already liked him and was happy he was still around. It was okay that he felt we couldn’t help him. What reason did he have for any optimism? I sure could understand that he would expect nothing good from us. It wasn’t wrong for him to see it this way. In fact, I let him know that, at our place, it was okay for him to feel whatever he was feeling.

Our care facilitators knew many children like Francesco, and they had worked hard to learn to respond to their spite with an affectionate tolerance and gentle firmness. They understood that children who have had rough early years see their longings as an enemy, a weakness that only leads to pain. So they suppress all desire to be connected, to be accepted and comforted, to be cherished or to share delight. They push people away before these yearnings compel them to betray the oath that they have made to themselves – “Never again will I let myself get tricked into trusting that this grownup might actually want and love me. Never again will I let my guard down.”

Sometimes, in our respectful embrace, a stance relaxes and that child’s dignity unfolds. And in our eyes they see their eyes shining brightly. One moment in particular stands out in my mind. Francesco was in the hallway, upset that he could not go to the baseball game with the other kids on the unit. Two staff members talking with him grasped the depths of Francesco’s disappointment. He had been starting to respond to their relentless trust-building efforts. When they were interested in his anger, rather than telling him he had anger problems, he was confused but curious. The best he could tell, they really did care about him, and they wanted to help him find a family for the rest of his childhood. Now here they were, telling him he could not go to the game, the first time he would get to see a major league team. The doubts were crowding out his budding trust, and I could tell he was likely thinking, “I knew I shouldn’t have trusted them. I knew it was too good to be true.”

Francesco was silently contemplating his vow to never get his hopes up again when I came around the corner. The two staff were listening to his frustrations, and putting themselves in his shoes: “I can see how you feel that we are rejecting you. That we are saying you’re not a good kid. That we are telling you that we don’t care about you, we want to make your life a living hell. We enjoy controlling your life and making you miserable. We can’t be depended on to help you have a little fun.” They had been at it for a good 20 minutes, and Francesco was starting to wonder if he was wrong about his vow. He was agreeing with what they said: “I do feel that way. You are doing that. I am mad at you. If you really cared about me, you would let me go.”

Even though I was sad that he was so upset, I smiled to myself as I walked by. I knew that the staff had once again helped Francesco turn the corner of misplaced mistrust, as they had done a hundred times before over the past three months. Francesco could see more and more that his terror and pain came from his past, from the misery and despair he had suffered through over and over. He had new choices in this moment, to let the staff know about his big feelings, and to let them share the experience of how low the pain could take him. A few minutes later, he let their comfort touch him, as he sobbed in their arms, telling them how hard life had been for him.

Seven months later, when we told him that his caseworker found him a foster family, Francesco was overjoyed at the news. By then he was able to trust the staff most of the time. So he let us into his protected inner world. He told us, “I thought that no one would ever want me. Now someone does!” A few days later, when we had to tell him that the foster family couldn’t take him after all because they had decided to move to Colorado, he told us how mad he was that we had gotten his hopes up, how we had failed by not finding this out sooner, and how sad he was that he was not going. The team felt terrible to deliver this news, yet we were also weirdly pleased that Francesco now trusted himself and us enough to reveal his reactions as he was having them. No longer did he feel the need to bury the treasure of who is. He could allow his spirit to shine through no matter what he was feeling.

So two months later, when Francesco no longer met criteria for residential treatment and still no foster family had been found, we were heartbroken to tell him that he would be leaving us the next day. The plan was for his caseworker to pick him up and take him to the foster care office until a home was found. Kids we had discharged in similar situations had spent one, two or even three nights on the couch at the office, because there were more children needing homes than there were homes who could take them in. In all likelihood, he would move from one home to another for several weeks, staying a night or two at each, until a more permanent placement could be found. We helped him pack his belongings in a large, black Glad garbage bag, the same kind of luggage he had arrived with. He took his valuables with him: a small quilt he had made with our nurse, the book of lessons that he and his therapist had drawn with markers, a plush stuffed raccoon from his caseworker, and pictures other children drew so that he would remember them.

I took a picture with him and the team, then he got into the transport car, a wire mesh screen to the driver he had never met before, in case he turned violent. He looked out the back window of the car, eyes filled with tears as they slowly drove out of our parking lot. We were crying too.

Francesco’s eyes asked a question that pounded in our broken hearts and demanded that we answer:  Why must you send me back where I first felt the need to bury my treasure?

* Francesco, like all the children and families I talk about, is a ‘composite character,’ based on a combination of experiences I’ve had. No composite character refers to any particular person in any identifiable way.

This post originally appeared on Dr. George Thompson’s Blog – check out all of his articles and full bio there.

Photo by Suzy Hazelwood from Pexels

Why You Shouldn't Care About Being Seen As 'Normal'

Why We Think Terrible Things About Ourselves 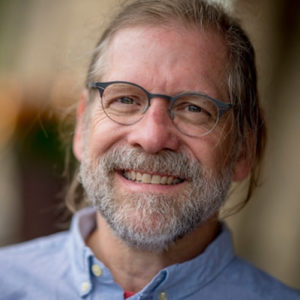 Child psychiatrist, researcher, writer, speaker, Avatar® Master, explorer of human potential, husband and father. Dr. Thompson is Chief Medical Officer at KidsTLC, Inc., a child behavioral health agency in the greater Kansas City area. KidsTLC provides a full array of psychiatric services, in particular for children who have experienced early trauma and abandonment. As a certified DDP therapist, Dr. George clarifies parenting strategies that nurture a child’s heart-felt knowledge that their lives matter to their families, to their community and to future generations, regardless of what challenges that life has presented them with so far.

17 Powerful Quotes to Help You Get Through Hard Times

How to Let Toxic People Go In Life

Why We Think Terrible Things About Ourselves

Giving Your Time & Energy to The Wrong People?

Why You Shouldn’t Care About Being Seen As ‘Normal’