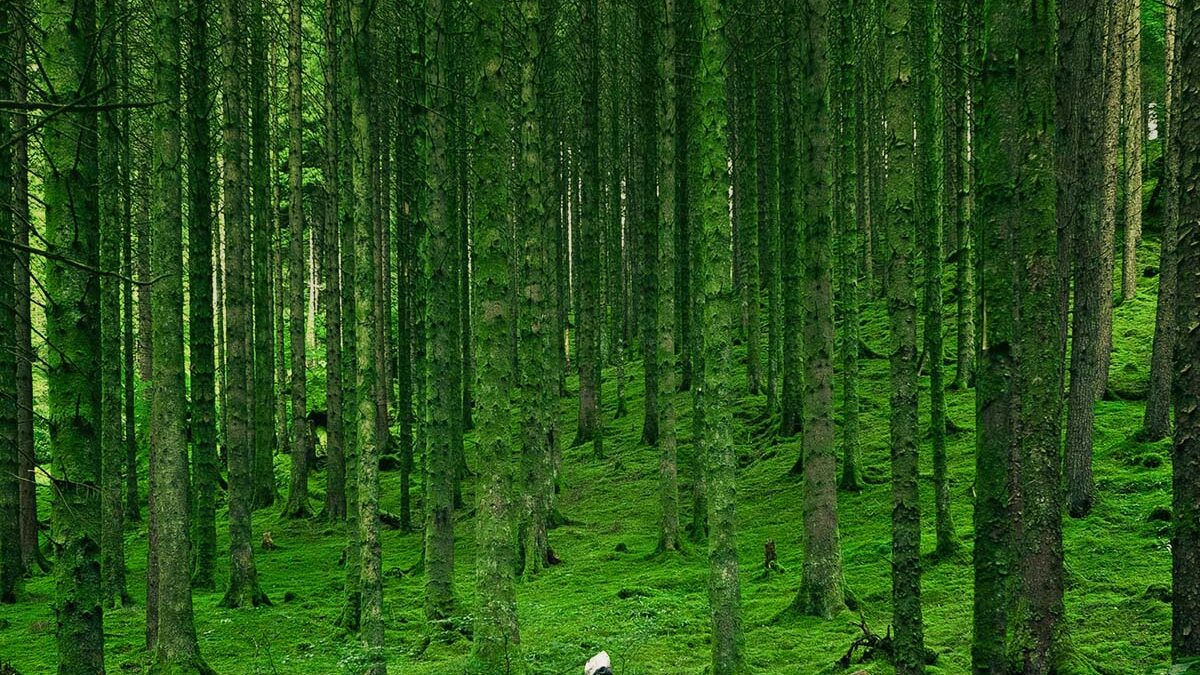 When conceptualizing nature (and even in searching for the term online) the most ‘relevant’ images likely come back in the form of flowing green hills, flowered valleys, autumn forests, vast oceans, and the animals that live within them; the ‘natural world’.

But what about us humans and our vast cities and mega structures? Surely when you think of ‘nature’, it would seem to be quite wrong to think of a parking lot in a Los Angeles shopping center out front of Bed Bath & Beyond. My mind would be in agreement with this idea, though perhaps there is much to gain through examining this collective understanding a bit more closely.

When were humans and our subsequent tools and creations separated from Nature? An early or tribal human with primordial rock-based tools working the lands doesn’t seem too far out of place amid a backdrop of rolling green farmland, but someone wearing a tracksuit and driving a minivan in front the same landscape seems unnatural and it just doesn’t fit.

The Perception of Difference & Disconnection of Humanity From Nature

It seems like an obvious disparity, but let’s tease out some functional reality before jumping to conclusions. Humans, plants, and animals are all foundationally the same – all life on Earth is ‘made up’ of the same six essential life ingredients (carbon, hydrogen, nitrogen, oxygen, phosphorus and sulfur); not to get too reductive here (I am), but the point is that our shared origin exclusively remains to be the Earth.

Even our ‘advanced’ creations are derivatives of the Earth. Outside of the notion that certain base materials may have come from ancient asteroids or ‘outer space’ impacts to the Earth, all technological creations are made from the Earth. Humans may have augmented the core ingredients, or in some cases generated different (or more concentrated) compounds from the original Earth-based source (we all agree that nuclear weapons are not very ‘natural’, but they are still originated from Earth’s uranium sources).

This is true for computers, satellites, high rises, books, and lawn furniture. Now I’m not suggesting here that nuclear weapons and toxic chemicals should be considered ‘one with the Earth’ – there are in fact many human productions that are damaging the biosphere, which is possibly an important distinction to consider when looking at the heart of the disconnection between humanity and nature.

Perhaps the disconnection doesn’t stem from the fact that our new creations are so far ‘advanced’ or ‘otherworldly’, but that we collectively separated ourselves from nature as we progressively ranked ourselves ‘above’ it and made nature the grand ‘other’ that we exist outside of and is subsequently (somehow through psychological fact and not reality) outside of us. A collective dissociation that would be akin to deciding that the head has outgrown the arm and no longer has any identification with it.

Certainly indigenous groups also utilized the Earth, but they were also equalized by their lack of advanced tools; the animals they hunted could also hunt them. They did not have airplanes, tractor trailers, automatic weapons, commercial poisons. Even if they wanted to, in their own minds, escape the mutually shared realm of Nature, they were reminded of its equality often.

Is it the Great Ego (the lower self) of collective humanity that, looking upon our ‘advanced’ creations, finds it easier and easier to build upon and twist systems of belief that we are ‘above’ our own natural reality and source of existence?

While these are simply explorations into broader thought and discussions, what remains clear is that our perceived disconnect and separation from the very Nature we exist in continues to limit our possibilities of engaging with it in a holistic, non-fragmented way; and it may also be stopping our ability to, as Shakespeare urged us to do, listen.

The earth has music for those who listen. – William Shakespeare