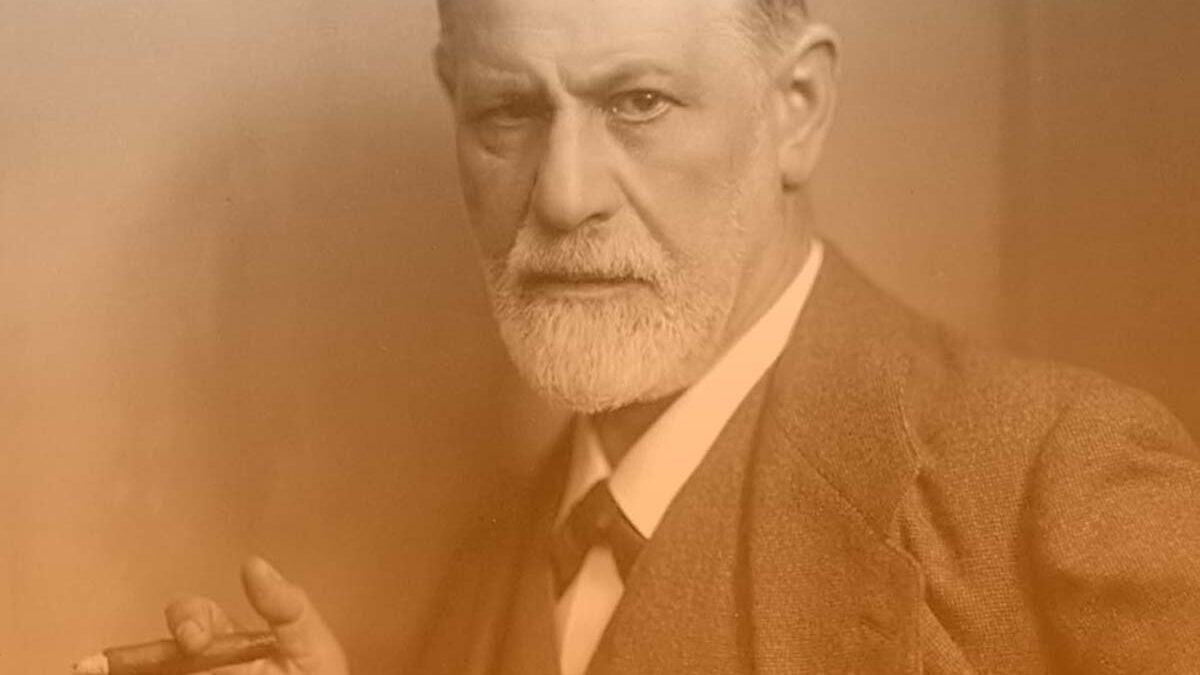 Modern existence is built around the dominance of the mind. Our function and society is formed around the ever-striving to maximum output and productivity. We take in caffeine to achieve maximum cognitive output in order to reach the demands we have imposed on ourselves, and often gauge our success on how much we can bring ourselves to accomplish in a given day accordingly.

But perhaps Freud is inviting us to take some wisdom from the ancients, whose traditions knew that the heart symbolized something more than the overthinking-tendencies and machinations of the computational mind. The intuitive function is closely tied with this symbol, signifying a ‘higher mind’ or what we now often speak of as the ‘higher self’.

In other words, Freud may be going far beyond issuing a ‘feel good message’ when he asserts that we should do the following:

“In the small matters trust the mind, in the large ones the heart.” – Sigmund Freud

The intuitive capacity, the pathway into the unconscious and the fullness of our being’s capacity, is often sublimated into mechanistic and dualistic (either-or) thinking that is rewarded by our modern world. As Albert Einstein explains it:

“The intuitive mind is a sacred gift and the rational mind is a faithful servant. We have created a society that honors the servant and has forgotten the gift.”

As Forbes contributor Dede Henley details in the leadership strategy article Why Intuitive Leaders Are The Most Successful:

“When leaders take the time to tap their intuitions, organizations benefit from a more holistic approach to solutions. Accessing intuition can also help you hear the voice of caution more clearly. At one time or another, we have all disregarded a “feeling” and later regretted it. The business world is full of etiquette and unspoken rules. But when your intuition sends you warning signals, and you listen and take action, you often have a better outcome.”

When balanced with grounded reason, the intuitive capacity — developed as a proverbial muscle — offers an expanded opportunity to review and conclude. Through meditative practice, routine movement, intentional daily ritual, mental ‘spilling’ in the form of journaling, creative outlet, and increased inner awareness particularly on acceptance of emotion, the intuitive connection unfolds in a greater — and more clear — capacity.

Throughout ancient cultures, the heart — not the mind — has been perceived as the greatest source by which a human being can draw upon. Taken as a symbol of higher function, the heart exceeds the power of the thinking capacity.

Along with the Romans, the ancient Greeks held the heart to be of the highest significance; the Greeks attributed the heart to be the center of the soul, and the origin of heat in the body. The Romans placed matters of the heart even above the son of Apollo and god of medicine Asclepius, with Roman poet Ovid proclaiming “although Aesculapius himself applies the herbs, by no means can he cure a wound of the heart.”

The ancient Egyptians held the heart to be the center of not only life, but morality, with each individual’s heart to be weighed in high mythological ceremony in order to determine the fate of one’s afterlife; the heart would be placed on a scale alongside the ‘Feather of Ma’at’ for judgement. Ma’at, the goddess of trust, justice, and balance, stood as an aspirational symbol for these qualities to be measured against.

If one’s heart was determined to be lighter than this sacred feather, they would be allowed to enter into the afterlife with the revered Osiris. Others were delivered to the dark deity Ammut, who consumes the hearts of the unworthy and their souls are lost forever. Certainly a dire tale, but once it is examined outside of the interpretation of a basic dualistic warning (perhaps also proliferated for purposes of maintaining civility), the importance of the heart — perhaps a symbol for the higher function of a human being — is abundantly clear.

The symbol of the heart offers a representation of higher understanding through apprehension, not comprehension. Touching upon the ‘soul’ (or intuitive nature) of the inner self through the symbol of the heart, and expressing from this higher place of wisdom, could be akin to ‘going beyond’ the conscious mind itself.

Should we not be yearning for this ancient consideration that we have often disregarded to be reviewed in the light of modern understanding? Sigmund Freud reminds us to reassess.

Sigmund Freud's Lesson On The Highest Level of Decision Making

Maya Angelou's Warning On 'Trying To Be Normal'

We Have Fractured Ourselves Through Our Thinking | Rumi’s Timeless Wisdom