Just breathe! How often have we see this slogan on t-shirts or bumper stickers? It has been the mantra of those who practice yoga for thousands of years, and it’s what your mom tells you when you skin your knee at six years old. Instinctively, we seem to have a knowing that consciously controlling our breath can calm us down, focus the mind and relieve anxiety.

There are countless of examples of breathing techniques being used in the world today to affect mental and physical performance. From Navy Seal commandos using the “box” method to calm their nerves in battle, to the deliberately rhythmic breathing used in child birth to focus the mother through the pain.

Now science has definitely identified the mechanism of using breath control to control the state of your mind. In research conducted by Dr Jose Herrero and Ashesh Mehta at North Shore University in Long Island,  a unique technique was employed to directly monitor the brains of subjects.

The findings are quite powerful, as reported by Quartzy:

“The findings provide neural support for advice individuals have been given for millennia: during times of stress, or when heightened concentration is needed, focusing on one’s breathing or doing breathing exercises can indeed change the brain. This has potential application to individuals in a variety of professions that require extreme focus and agility. Athletes, for example, have long been known to utilize breathing to improve their performance. Now, this research puts science behind that practice.”

It’s a scientific confirmation that shows focused breathing, and breathing exercises in general, may be very helpful in focus and emotional control.

Here’s how it was conducted:

In the first study of its kind, implanted electrodes were used to monitor brain activity directly, as opposed to more commonplace imaging techniques like MRI’s or EEG’s. Subjects were guided through a series of tests that included visually tracking dots on a screen while their cognitive functions were monitored.

In order to document the change in brain activity associated with changes in breathing, they were told to consciously regulate their breathing, and then to ignore it entirely. This allowed the researchers to see the difference in the brain when it was breathing autonomously or guided.

The difference in these active breathing and autonomic breathing is the key, as it revealed how the brain was influenced by each state, giving researchers further data to develop specific breathing technique parameters that can affect the brain in serious ways.

Whether it’s enhancing focus and drive in athletes and health enthusiasts, or helping those with insomnia calm down certain areas of their brain in order to rest.

This new research opens the door to an exciting new reality where scientifically-backedl breathing programs may allow us to change connections within the brain to access and pair different areas,  influencing certain areas of our brain that perhaps we were once unable to.

Anthony Bourdain's Tragic Suicide Reminds Us Depression Can Affect Anyone

How to Let Toxic People Go In Life 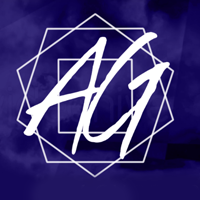 Anthony Bourdain’s Tragic Suicide Reminds Us Depression Can Affect Anyone